Reptiles and Amphibians of Bulgaria - April 2019

Reptiles and Amphibians of Bulgaria

Back in April I headed to Bulgaria for a brand new trip for NaturesLens in search of some of the 37 species of reptiles and 20 species of amphibians that can be found in Bulgaria. The trip is timed to coincide with many of these species coming out of hibernation and starting their breeding season during which we explored different habitats and territories from the Danube River in the North to the Bulgarian-Greek border in the south, from river banks to high mountain lakes and forests. Having worked with amphibians and reptiles here in the UK I know how hard it can be to photograph them well and I would be lying if I said I didn't have some concerns about how this trip would work but working with an experienced herpetologist meant we were not only able to capture some incredible images but also had the chance to learn so much about them as well, you can read more about how they were photographed towards the end of the post.

On arriving in Sofia we headed north stopping at a couple of locations on the way to search for different species, although we only found a young wall lizard we did find a few scorpions under stones. Our first hotel for the night was in the Vratsata Gorge which had the most stunning views of the mountains. Our first stop the following morning was Vrachanski Balkan Nature Park, just a short scenic drive up into the mountains in search of newts and frogs but there was also plenty of time to photograph some of the numerous early wildflowers on the plateau before photographing smooth and great crested newts in a photo aquarium. 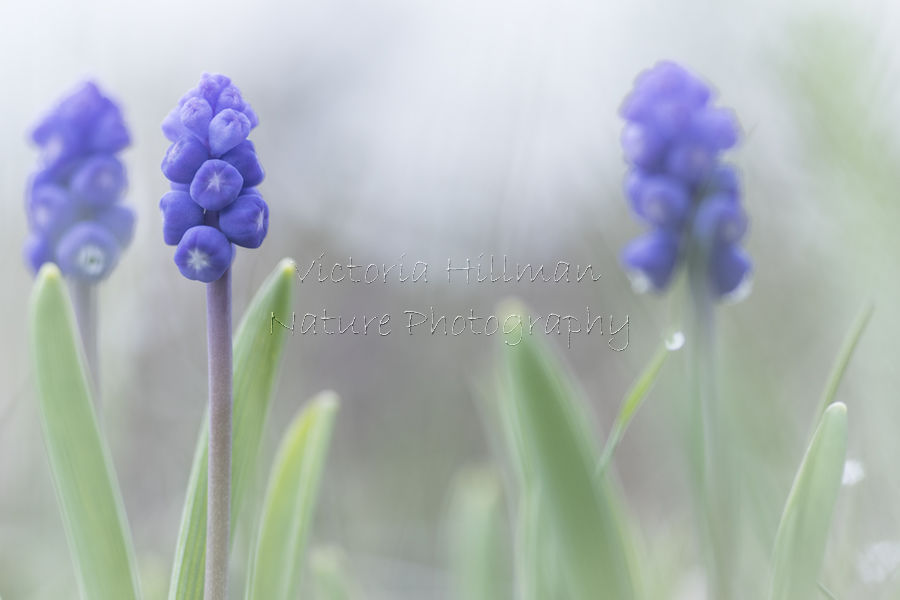 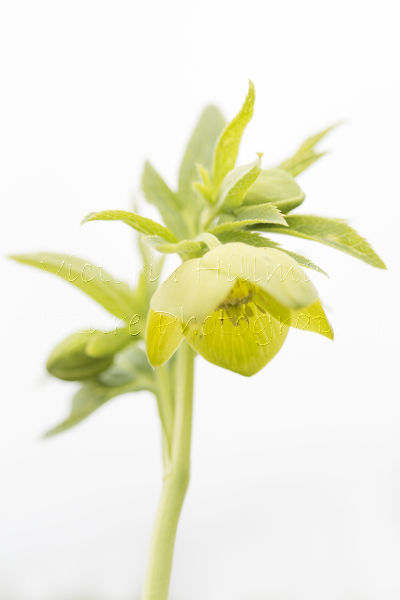 Helleborus viridis (Green hellebore)
After lunch we headed north to the Danube river to spend the rest of the day and evening exploring the area. The first site we stopped at we were treated to European tree frogs calling and had the chance to see a few in and around the water but no real chances to photograph them, we would return to this site later to set some newt traps in the hope of finding the Danube Crested Newt and to search for frogs and toads. 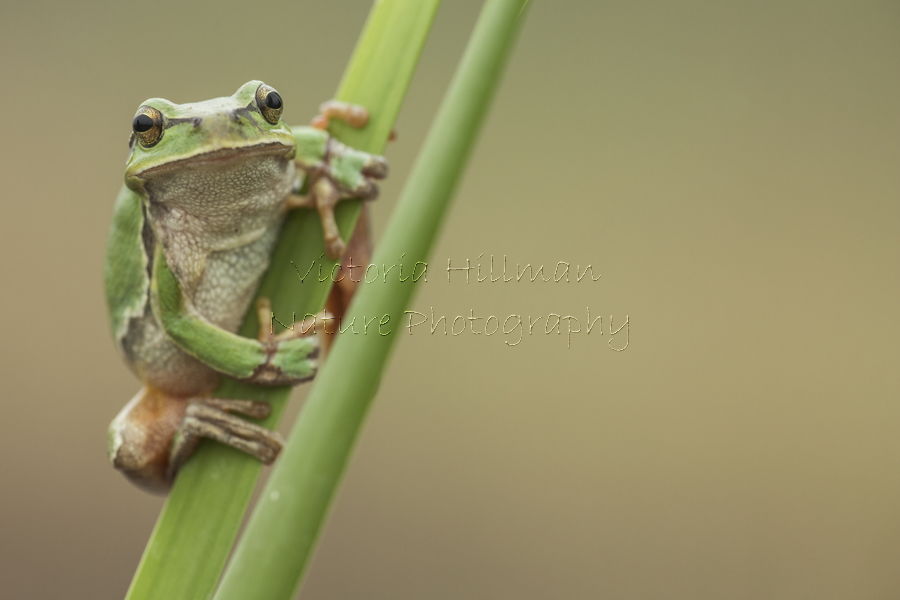 In the meantime we headed off to another site where we found young Caspian whip snake and young dice snake along with Eastern green lizards and fire bellied toads. With the light fading it was time to head back to site one where it had started to rain, just a light rain but just enough to bring out the common spadefoot toads and European tree frogs. Working with an expert herpetologist we were able to collect a couple of individuals to photograph the next day in better light. But for those that wanted we were able to do some night photography. 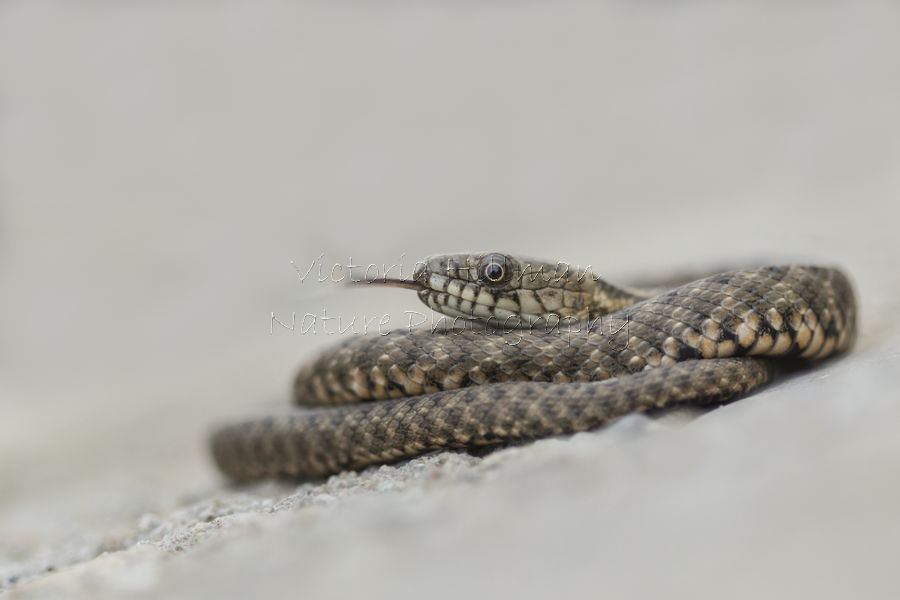 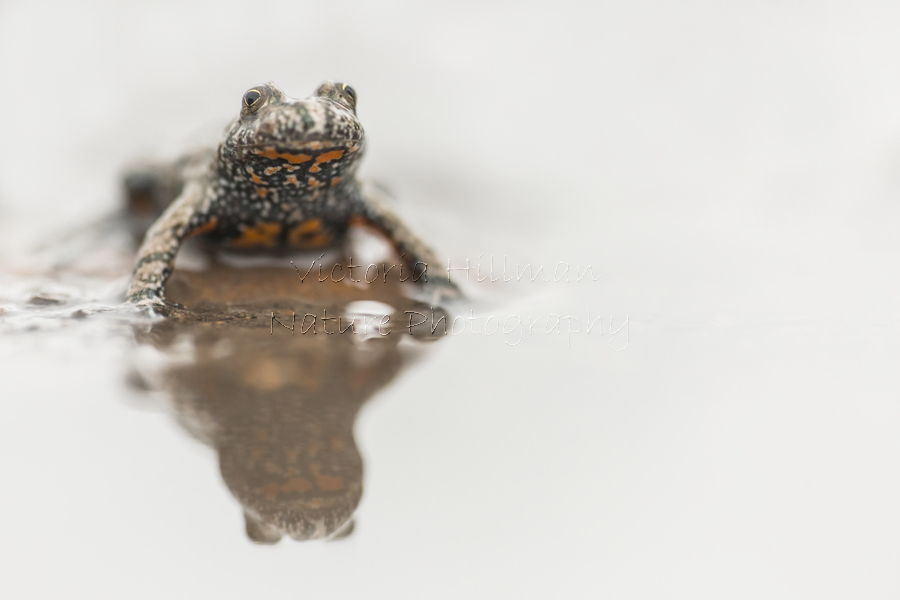 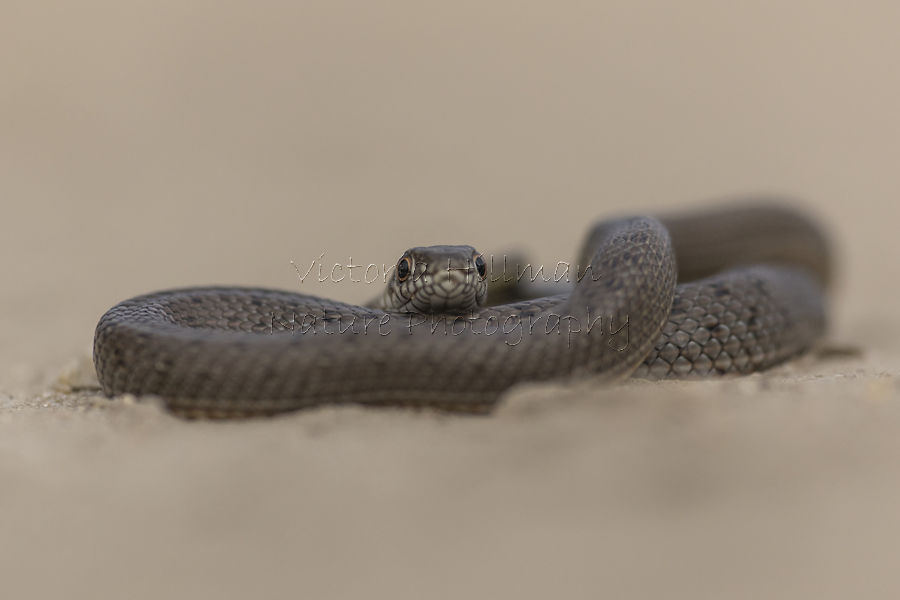 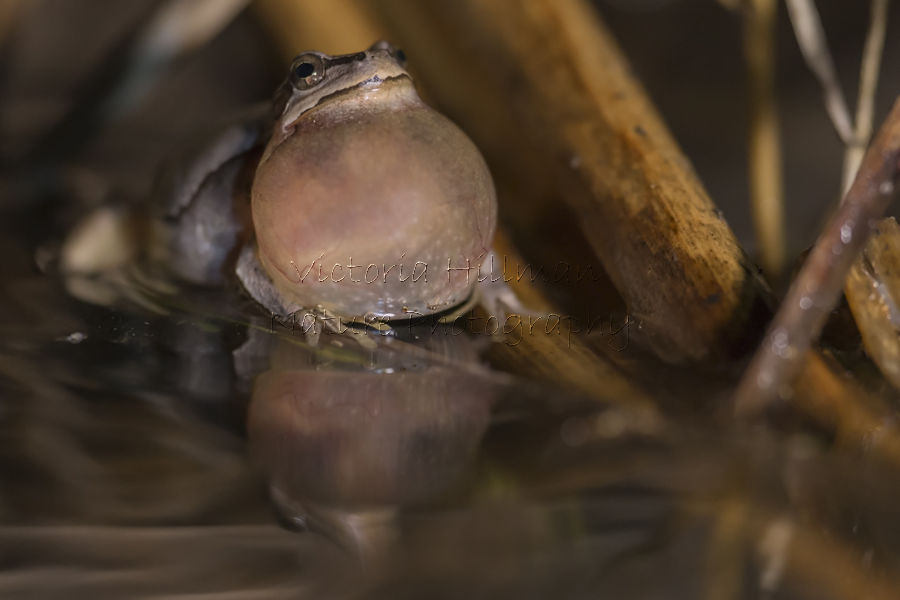 European Tree Frog (Hyla arborea) Calling
The next morning we headed back to check the traps and to photograph the European tree frog and spadefoot toad along with Danube Crested Newts that we found in the traps. Alongside photographing the different species we had the opportunity to learn all about the habitats and the different amphibians and reptiles before releasing them back where were found them. 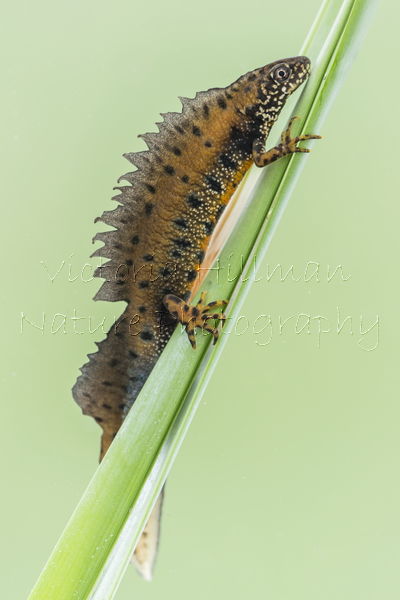 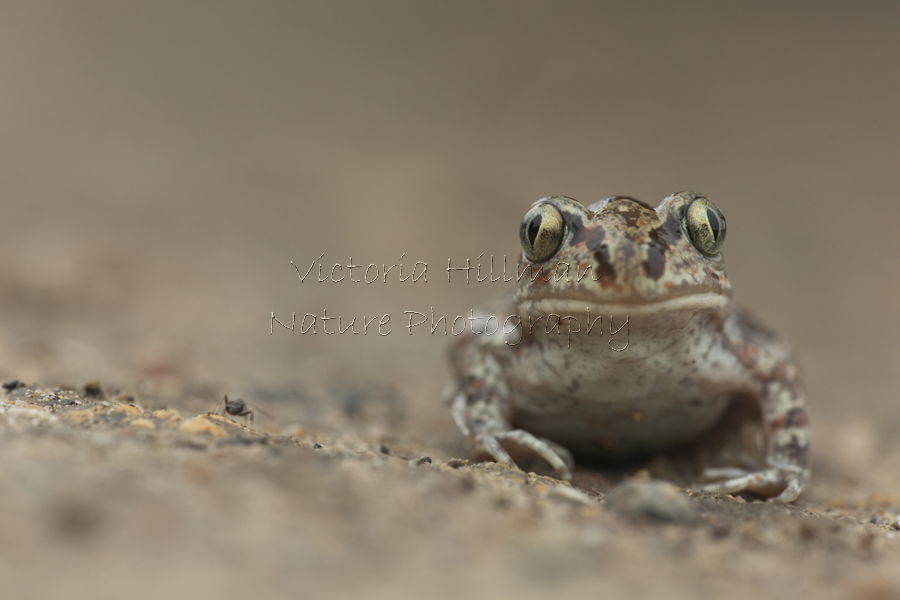 Common Spadefoot (Pelobates fuscus)
After lunch it was time to hit the road heading back to Sofia. That evening there was the option to head out on a night walk to a pond up the hill from the hotel in search of fire salamanders, common frogs and common toads and we were not disappointed. There was chance to do some night photography on site then it was back to the hotel for a good night’s sleep ready to explore the area fully the next day. 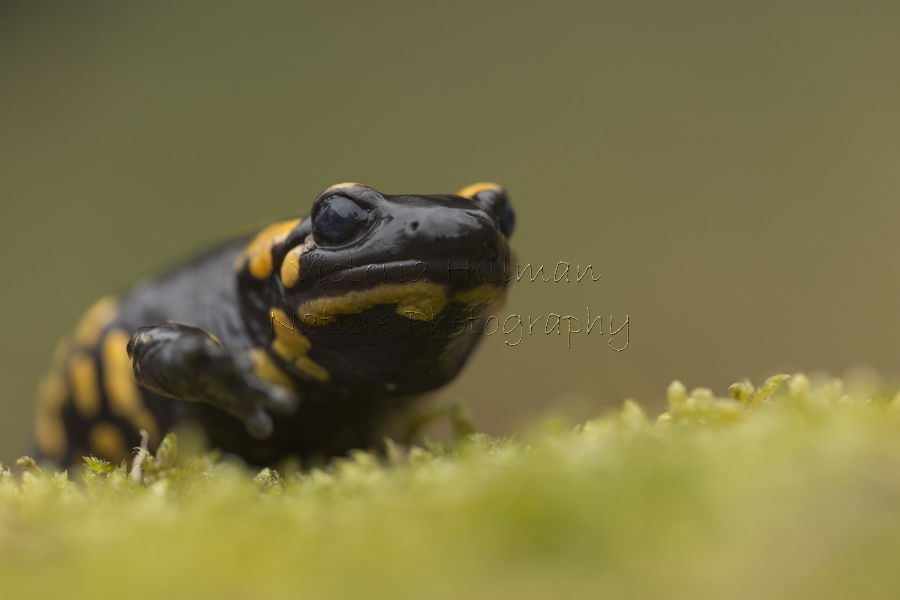 Fire Salamander (Salamandra salamandra)
First stop was the pond from the night before where we found some more fire salamanders and frogs; we headed further up in the forest and had the chance to photograph a female fire salamander by a waterfall and chance to take some in habitat wide angle shots. The afternoon was spent exploring Vitosha mountain plateau at nearly 2000m checking out hibernacula for adders and a breeding pond for frogs, unfortunately following a hard winter much of the ground was still covered with snow so we headed down the mountain and searched an area for reptiles finding a smooth snake and slow worm. 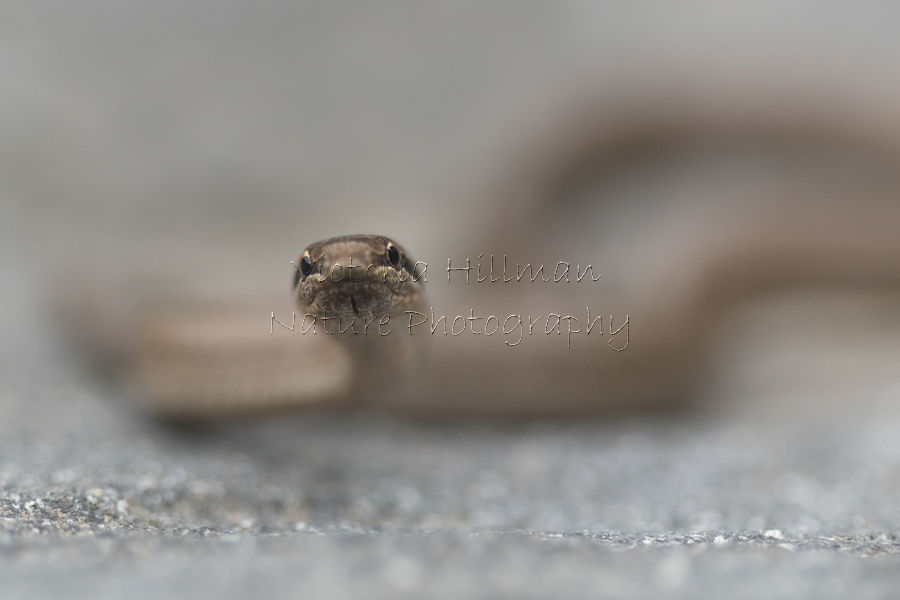 Smooth snake (Coronella austriaca)
The next day we made our way to Kresna Gorge via Kyustendil close to Osogovo Mountain. One of these stops was a breeding pond for alpine newts where 100’s gather to breed every year, this gave a great chance to photograph these beautiful newts in the aquarium. 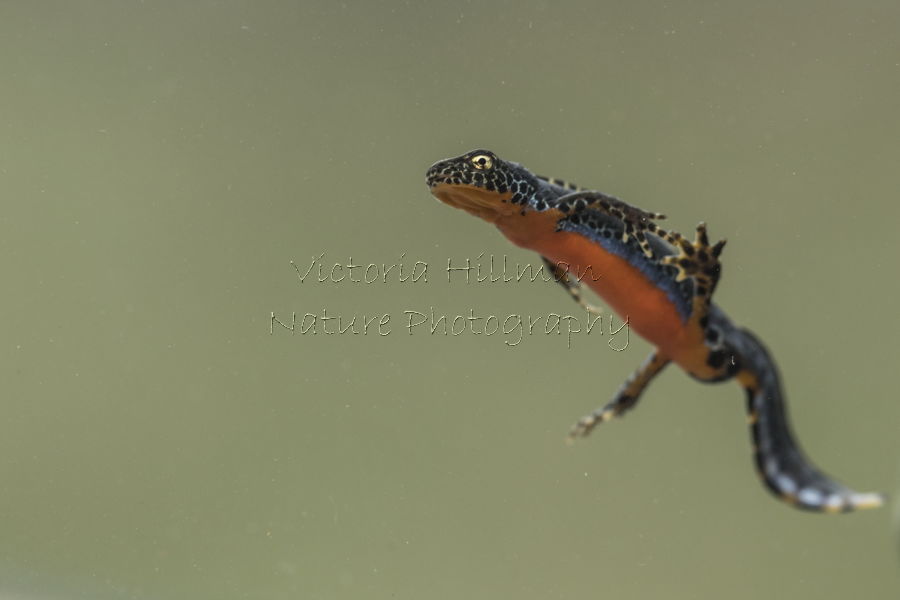 Alpine Newt (Ichthyosaura alpestris)
The next stop we finally found a couple of young sand lizards, one male and two females, and spent some time photographing them and more wildflowers. As it was raining heavily we opted for an early night.
On the road again and our first stop on the way to Kresna turned out to be quite a successful one finding a female cat snake, which after photographing was measured with all details recorded, a young and stunning Montpellier snake and both male and female wall lizards and all in a lay-by off the main road! Post lunch we set off to explore the other side of the road in the warm sunshine finding several Herman’s tortoises and a couple of swallowtail butterflies. 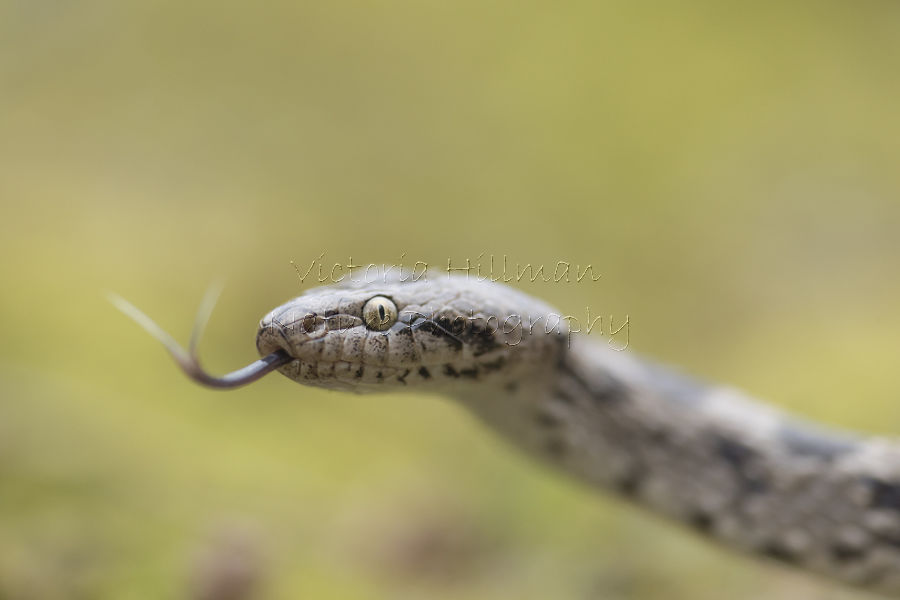 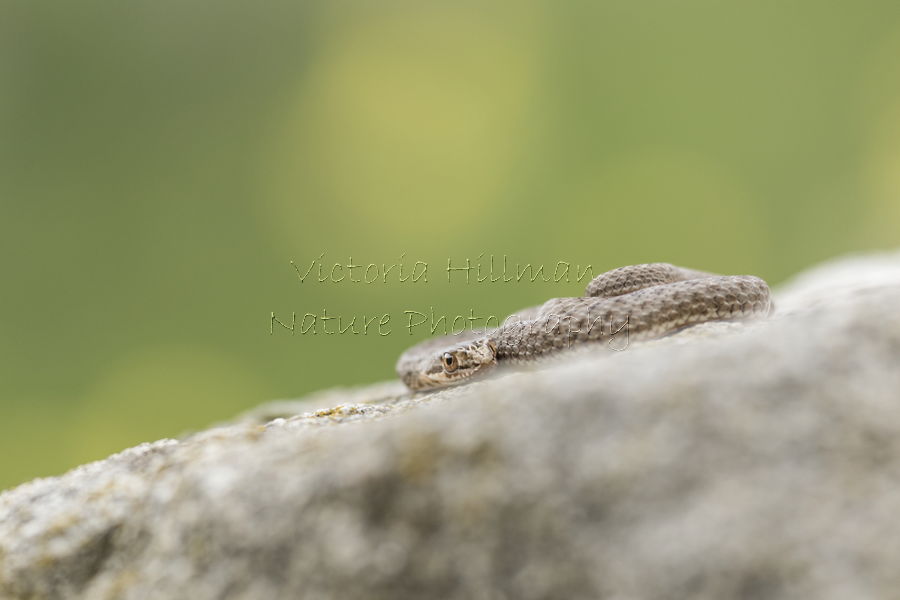 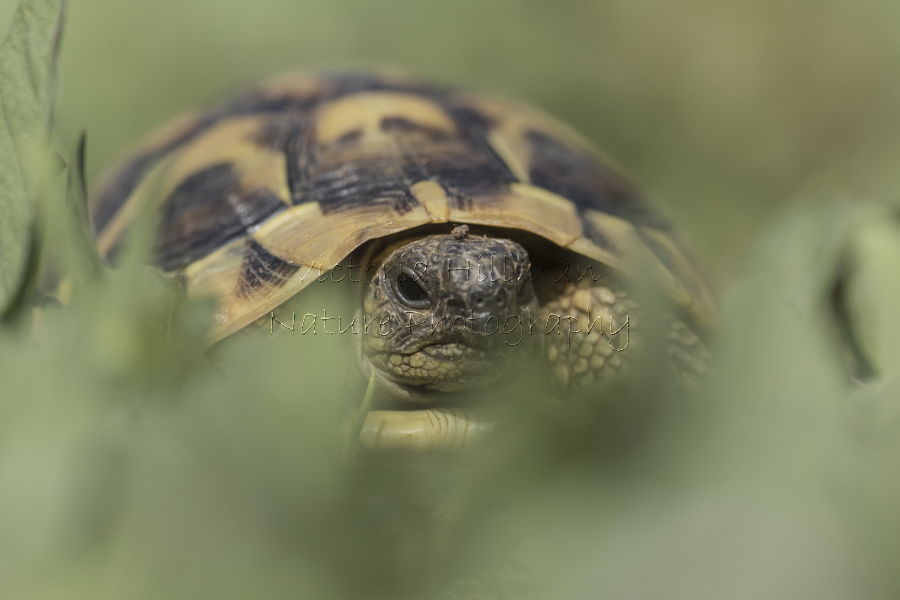 Hermann’s Tortoise (Testudo hermanni)
Following the path round we came across a praying mantis and finally found adult and young Greek Stream frogs which we had great fun photographing in the stream getting a little wet in the process. 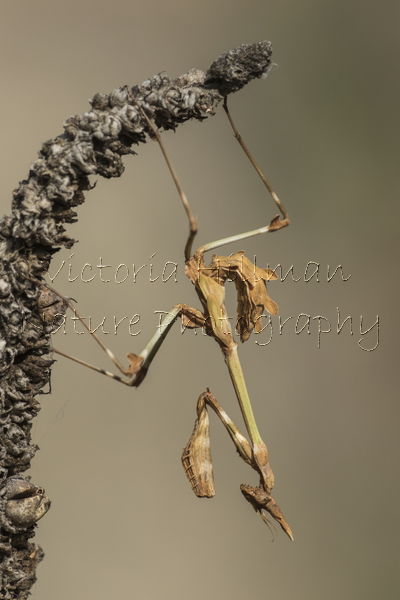 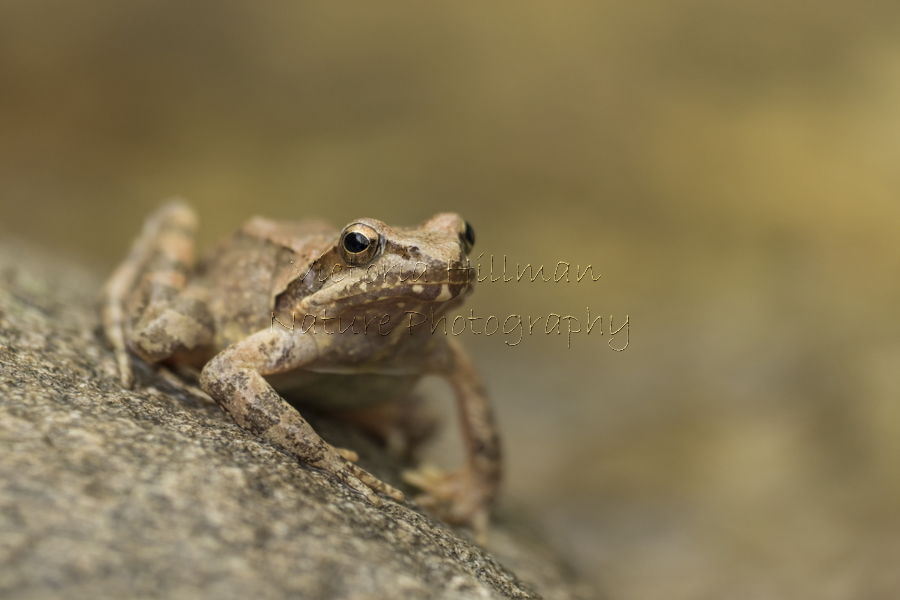 Greek Stream Frog (Rana graeca)
Before heading for dinner we checked a breeding pond for green toads and much to my delight we found a couple starting to make their way to the pond. 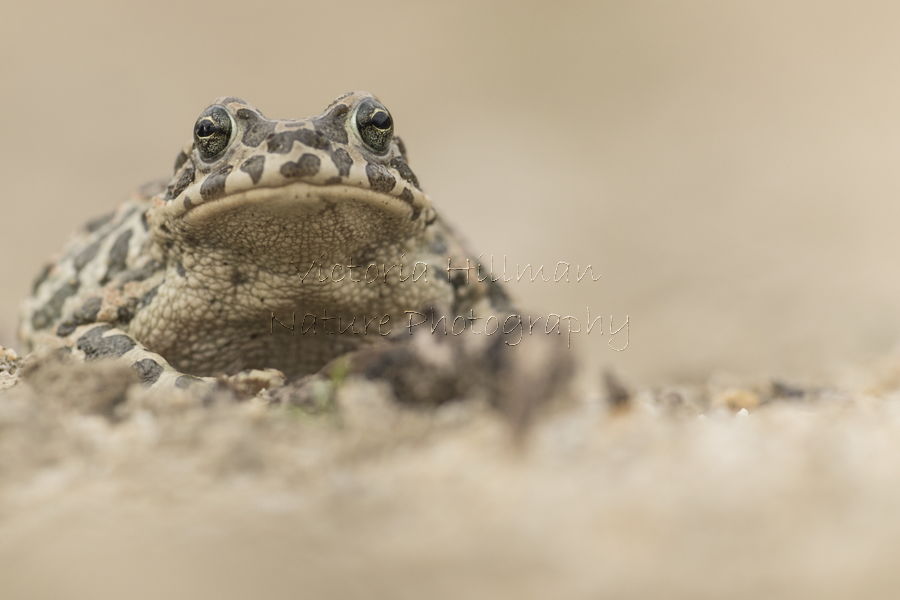 Female Green Toad (Bufo viridis)
The first task the following day was to check the newt traps where we found Balkan crested newt, both males and females, and a couple of tree frogs which we spent some time photographing along with Erhard's wall lizard before grabbing some lunch and heading off in search of snakes. 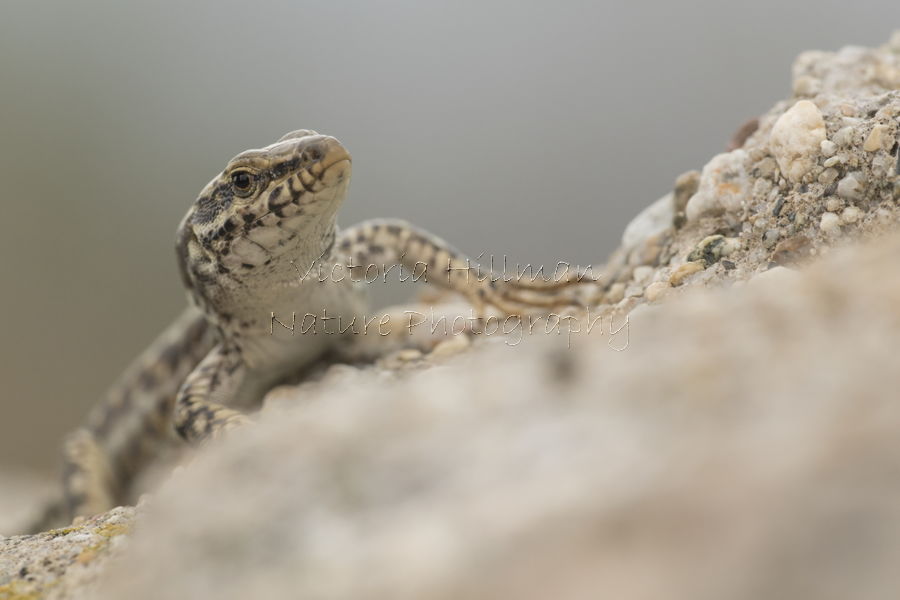 Erhard's wall lizard (Podarcis erhardii)
It wasn’t just snakes we found though, early spring sees some early butterflies, orchids and grasshopper and cricket nymphs which gave us some great subjects while Georgi went in search of nose-horned vipers, which he found and we were able to photograph with his help and a little later along a path full of puddles we found yellow bellied toads and an agile frog. 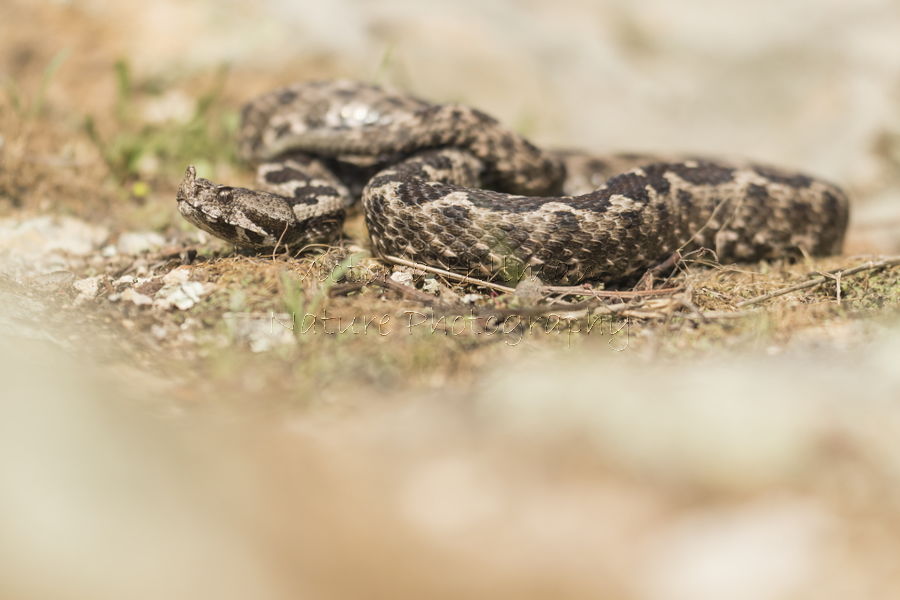 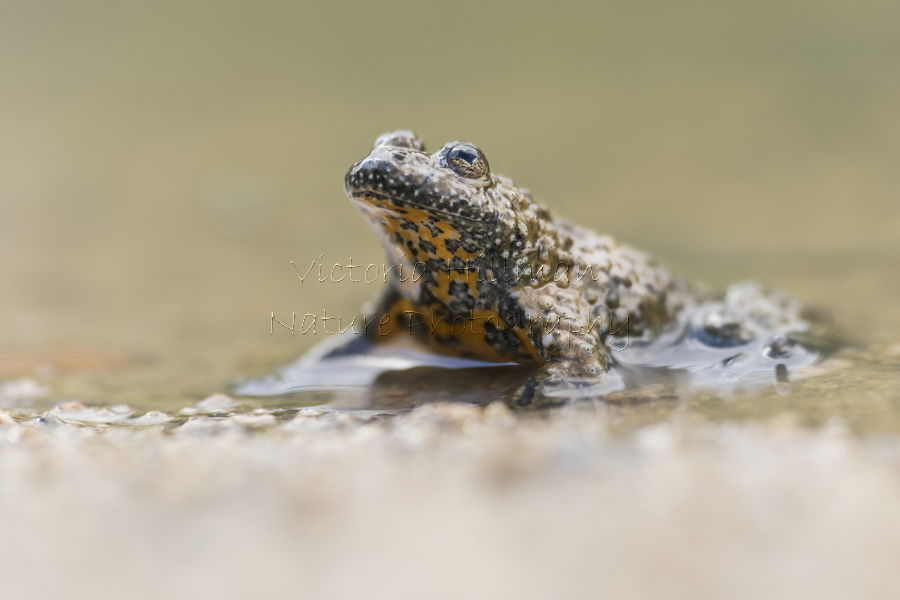 Yellow-bellied Toad (Bombina variegata)
Before heading for dinner we set some more traps close to the Greek border, after dinner we headed to a thermal pool area which has a good population of Syrian spadefoot toads which we found a few of along with some green toads, European tree frogs and hedgehogs which gave us the chance for some more night photography. 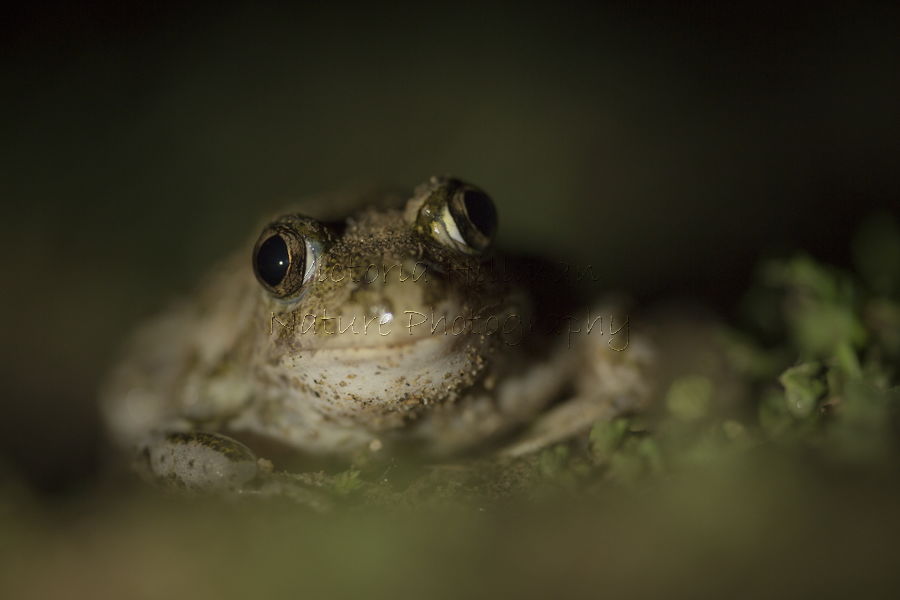 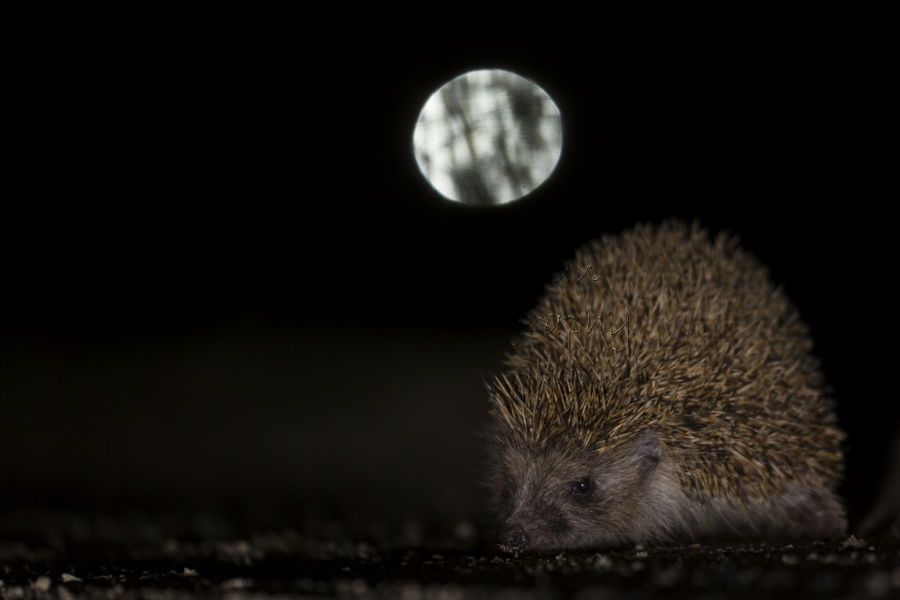 Hedgehog
Our last full day exploring started with checking the newts traps which came up empty for the newt we were looking for so we went on a walk in search of lizards and anything else that we could find. Eventually as the sun came out we found both male and female Eastern wall lizards, it was great to see the sexual dimorphism between them. 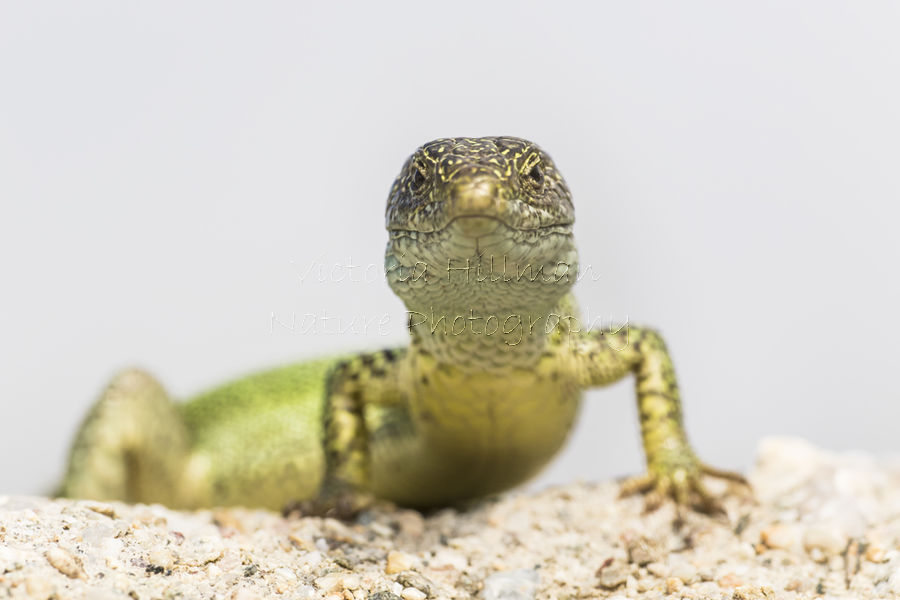 Eastern Green Lizard (Lacerta viridis)
We spent the afternoon back at the thermal pool photographing the Syrian spadefoot toads and watching them as they buried themselves in the sand and spent some time trying to photograph the European terrapins and had the chance to photograph the Kotschy's gecko which can be found on the walls outside the restaurants. 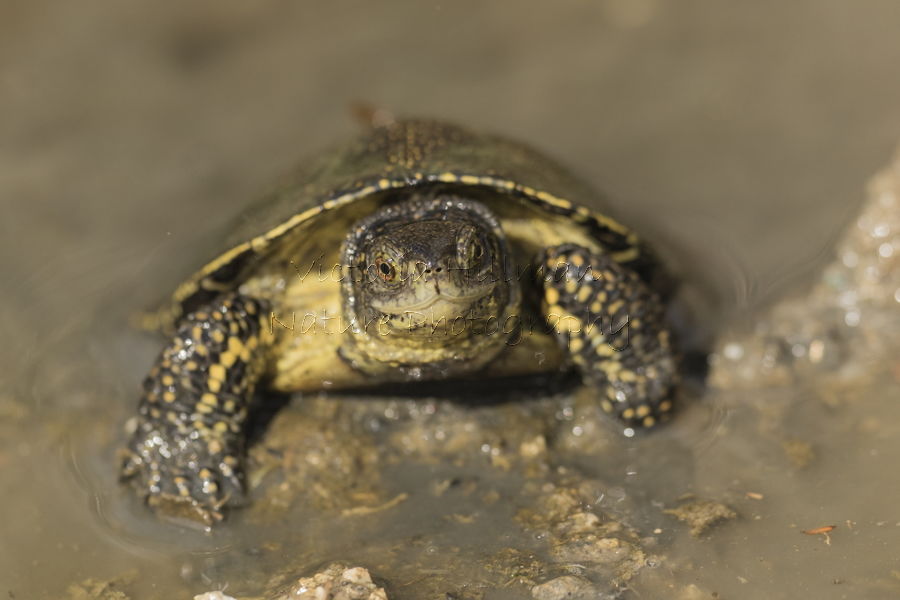 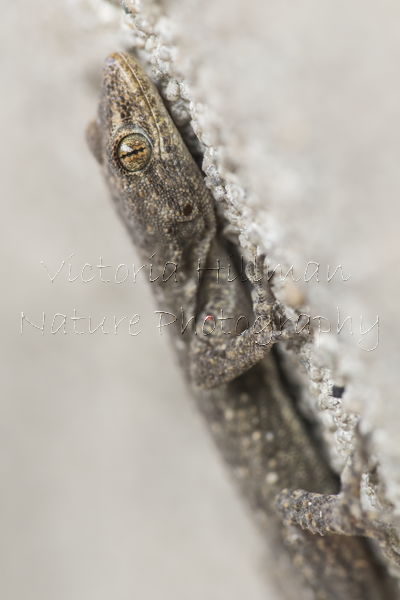 Kotschy’s Gecko (Mediodactylus kotschyi)
Late afternoon we headed off in search of snakes and lizards at another site but came up empty but did have chance to photograph Lycosa tarantula (tarantula wolf spider).

In total we found and photographed 33 species of reptile and amphibian along with butterflies, spiders, grasshoppers, crickets and wildflowers and had a lot of fun and so many laughs along the way. Our guide is an experienced herpetologist who knows how to handle and work with the various different species so we were able to capture some beautiful images under his instruction making sure the species were not stressed or harmed with all images taken in the animals natural habitats in the field with the exception of the newts which were photographed in photo aquariums next to the ponds where we found them. All images were taken from either eye level with the subject or from slightly below and where we were able to do some night photography this was where we found the frogs and toads crossing paths on their way to the breeding ponds.

The majority of my images were captured using a Canon 7D MKII with the Sigma 180mm macro lens, the night photography was taken using Canon 5D MKIII with Sigma 180mm macro lens plus Manfrotto Lumimuse for a light source, no flash was used. The clear backgrounds were achieved by using wide apertures to throw out both backgrounds and in some cases foregrounds, no artificial backgrounds were used and the lower perspectives, where possible, helped in creating clearer backgrounds.

If you fancy joining me for this incredible trip in 2020 the dates are 19th - 26th April and you can find all the details on the NaturesLens website. Although our main focus is on the amphibians and reptiles there is so much to photograph in April from wildflowers (including some early orchids), invertebrates and landscapes so all in all it is an amazing photography trip.

Reptiles and Amphibians of Bulgaria