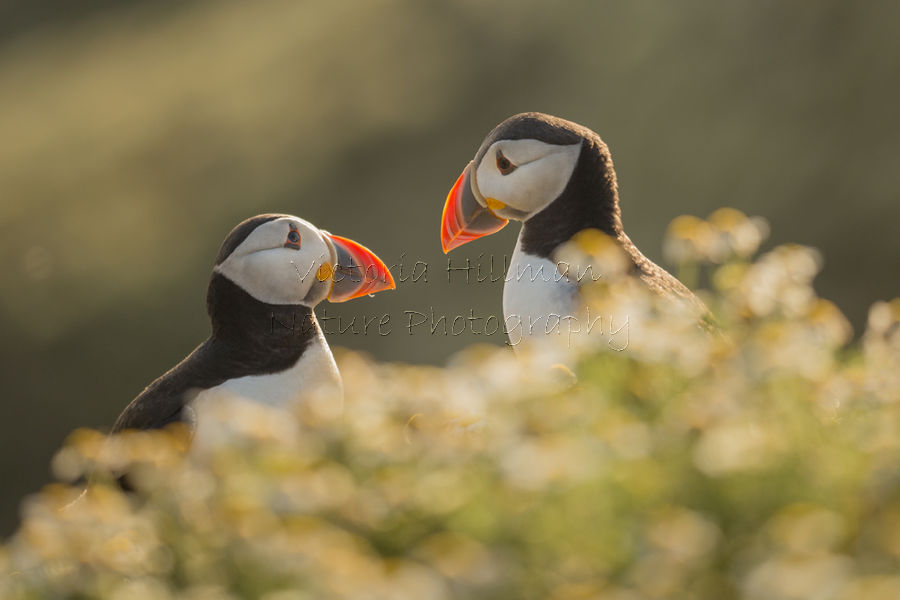 Having previously visited Skomer in June 2018 I was excited to be heading back but this time in July.

Every month has something different to offer as the puffins gather, make their nests, breed, feed their young and then with the young eventually emerging from burrows, not to mention the ever changing weather. For this trip we were had great weather, a few clouds at times but also plenty of good light in the mornings and evenings and throughout the daytime too. 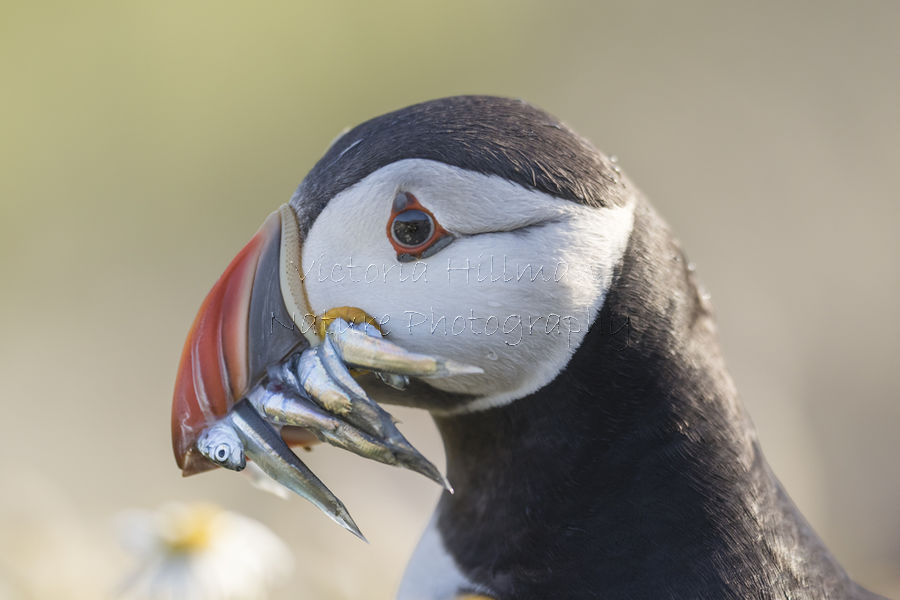 First things first we made our way to the island got settled in, had our brief and a quick bite to eat before heading off for an afternoon exploring the island and seeing what we could find. The clouds started to roll in during the afternoon but this gave some lovely soft light to work with and the chance for some soft and dreamy shots of puffins in the sea mayweed. As the afternoon turned into evening we were treated to our first glimpses of the pufflings as they started to come out of the burrows to strengthen their wings under the watchful eyes of their parents. 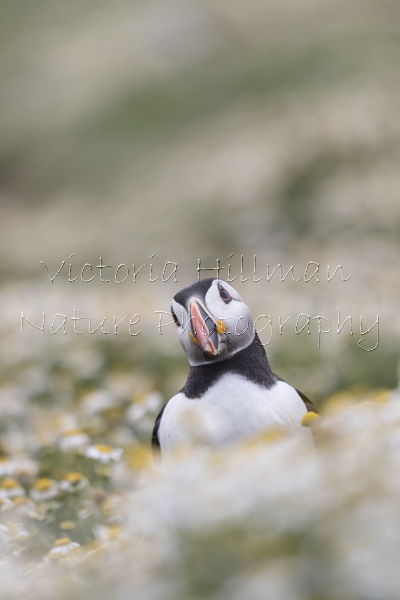 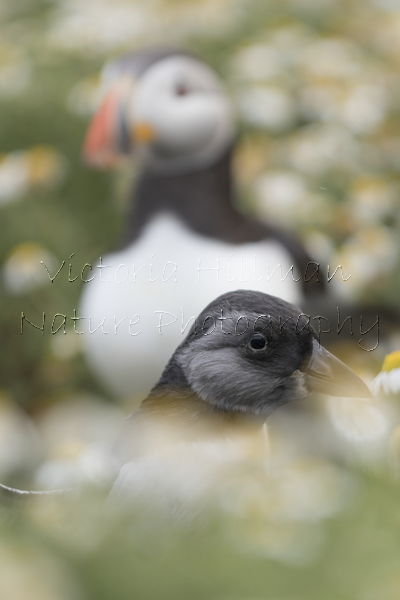 The following morning we were up for sunrise at the landing which was quite spectacular before the clouds rolled in again. The day overall was quite cloudy but still bright so we had good light for flight shots, portrait and behaviour shots of the puffins and the chance to photograph some of the wildflowers that can be found on the island as well. 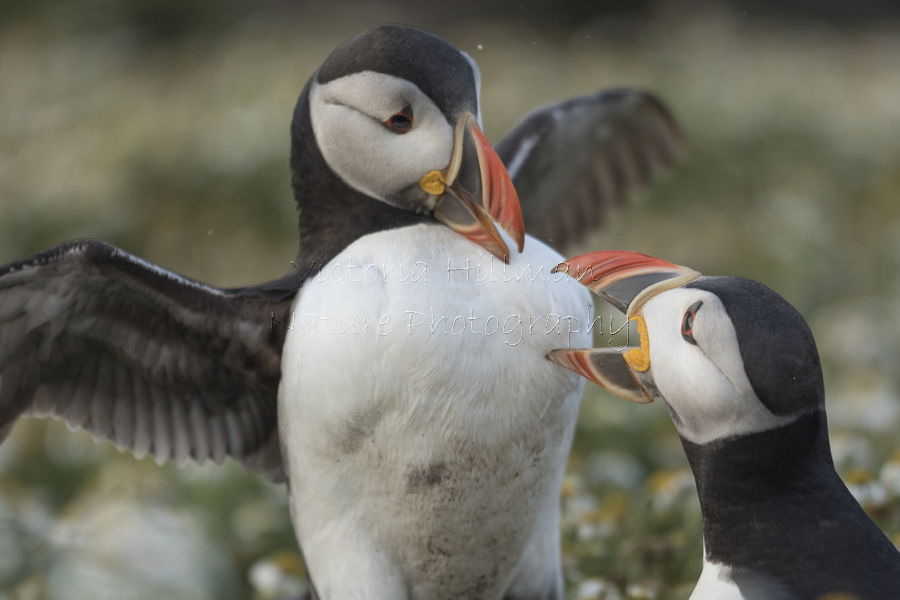 Constantly checking the forecast in the hope of some good evening light and sunset we had an early dinner and headed back to the Wick for a while before a couple of us headed off around the island to catch sunset and hopefully some silhouetted puffins and we would not be disappointed. After dark it was time to hunt for some frogs and toads to photograph, no luck with frogs but found a few toads along the paths. 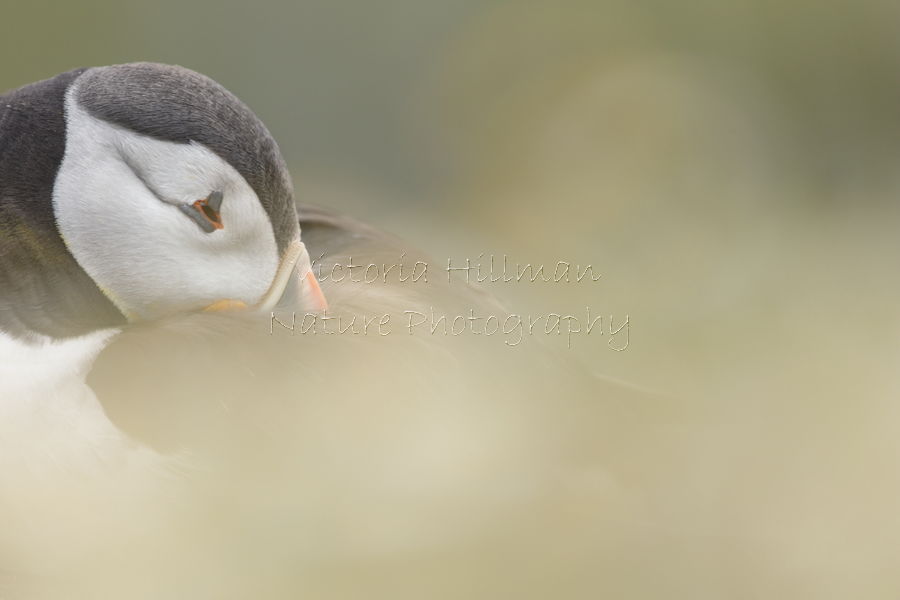 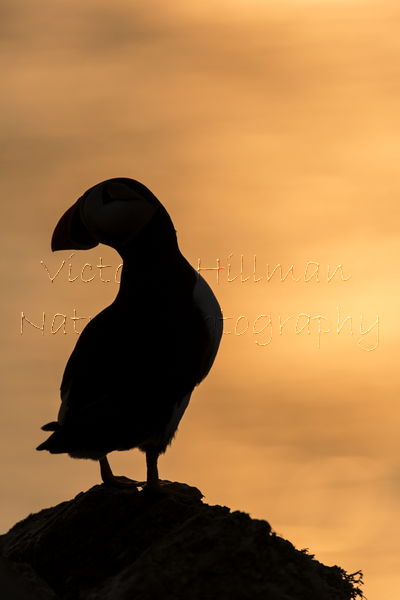 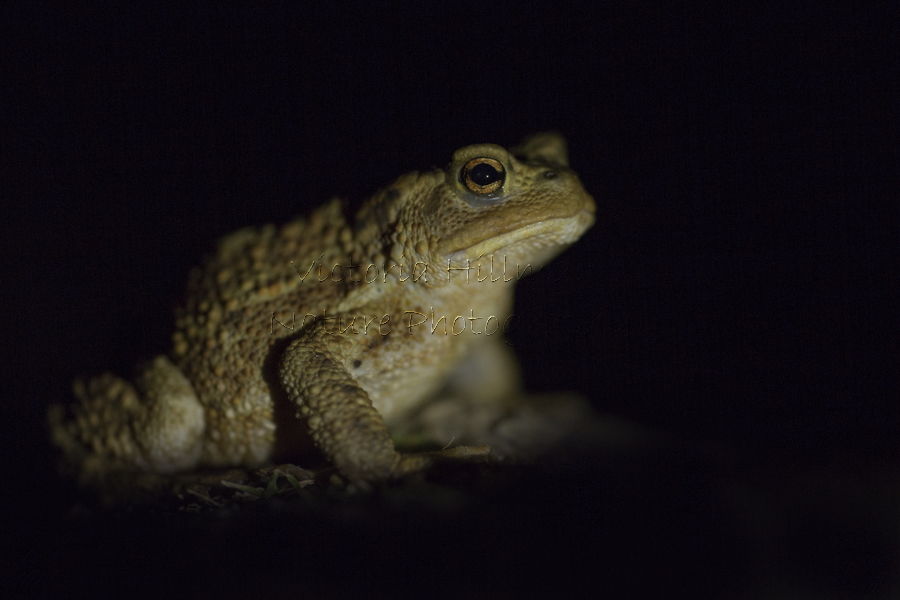 Up early for sunrise but this time at the Wick to catch the puffins coming in and hopefully captured some dramatic shots with the light on the puffins but with the cliffs in the background still in shadow. 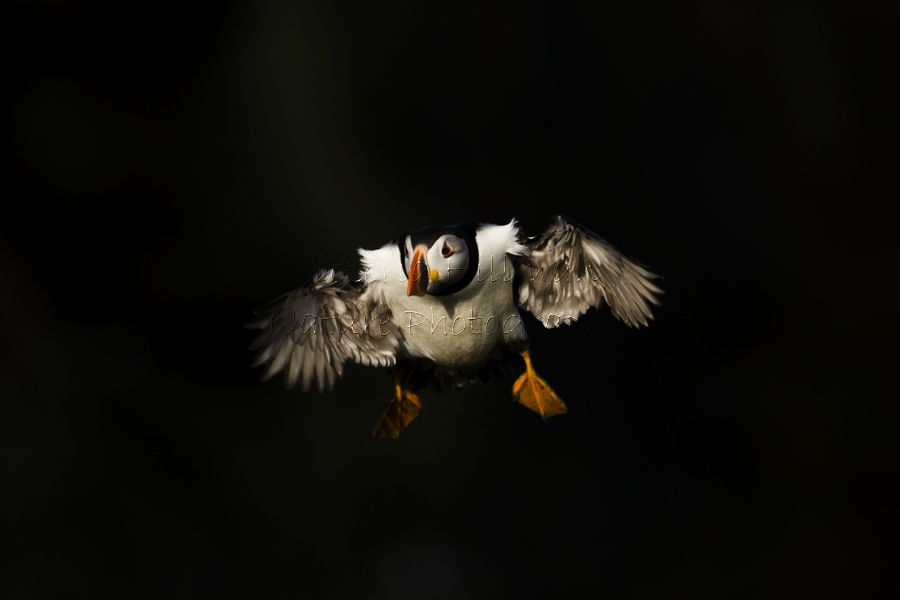 Being Monday and the island being closed for day visitors we took the opportunity to head to the landing at high tide to see if we could take some photographs of the puffins on the water for something a little different, not only were we able to captured some great images and try out a few different ideas we had lots of laughs as every now and then someone would get splashed. 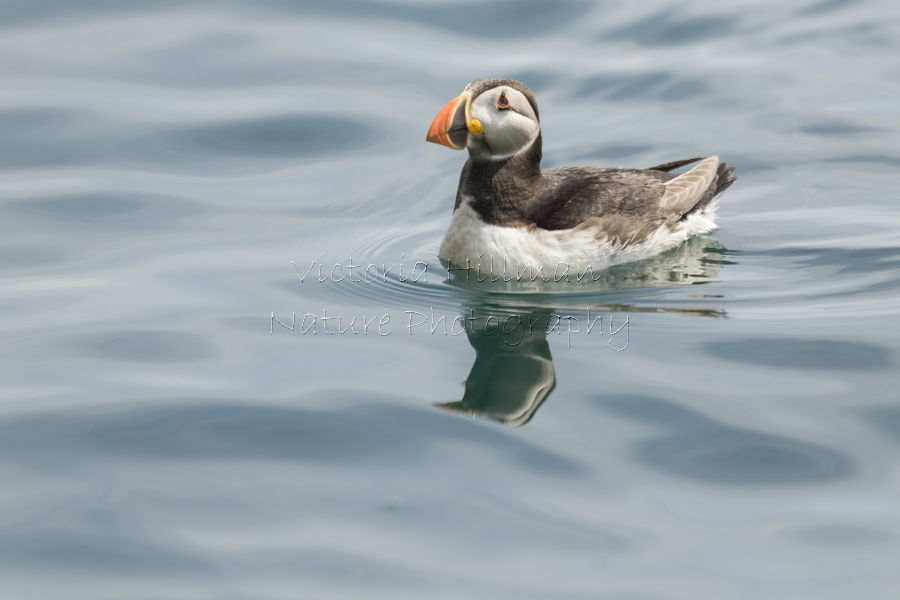 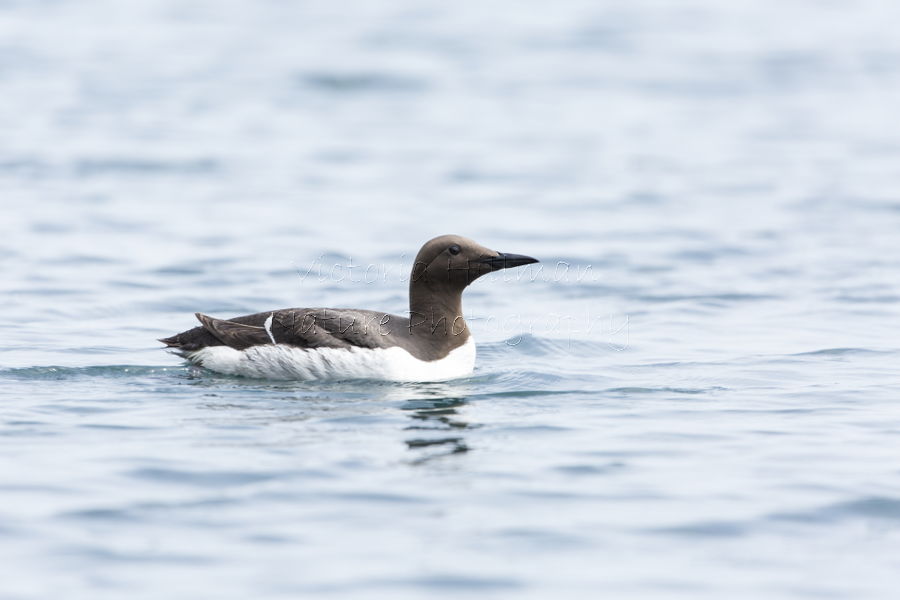 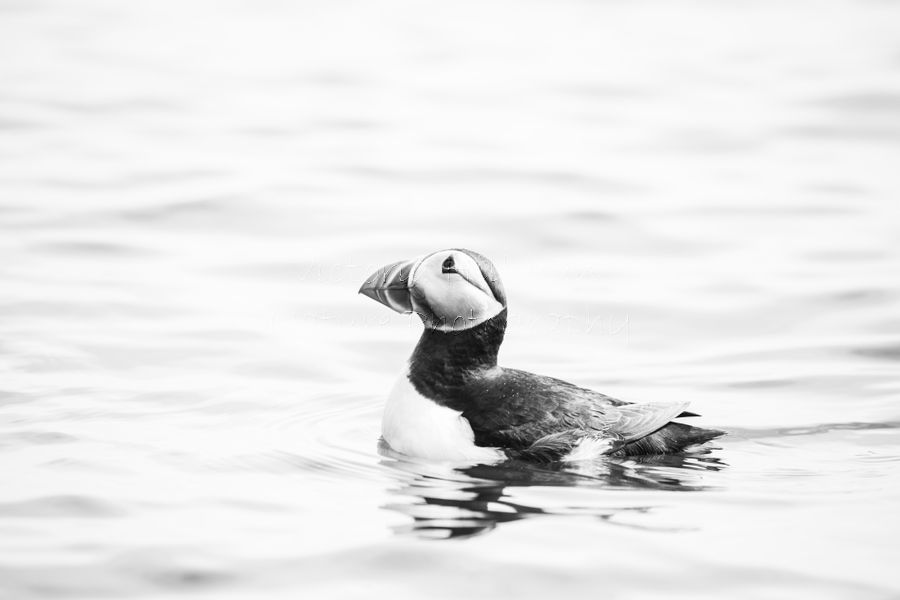 Eventually we retreated back to the farm for food and to have a rest in the heat of the day, chilling out on the lawn chatting and trying to photograph the black rabbits. After dinner we headed back to the Wick to make the most of the gorgeous evening light before heading back out in search of more frogs and toads. This time we found the frogs and spent some time photographing them before heading to bed. 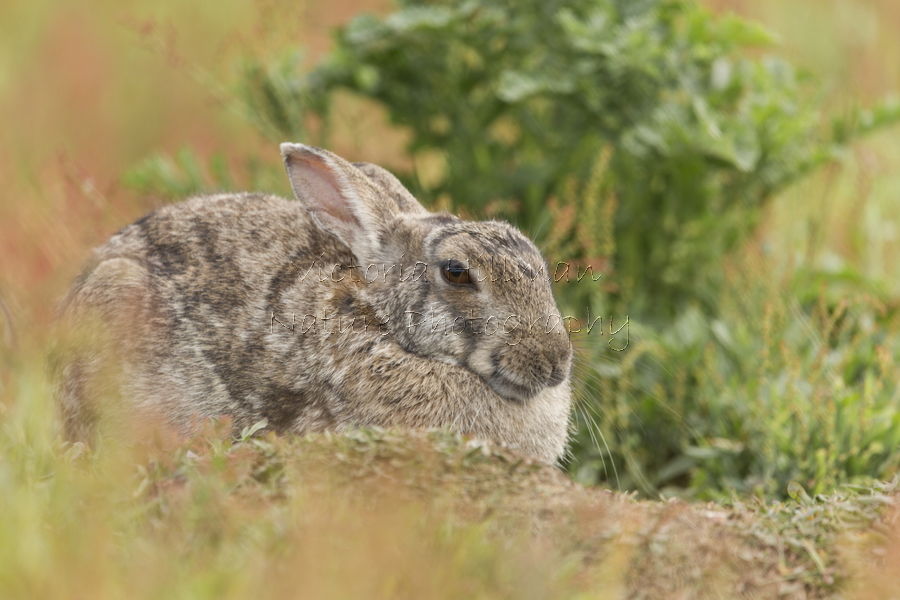 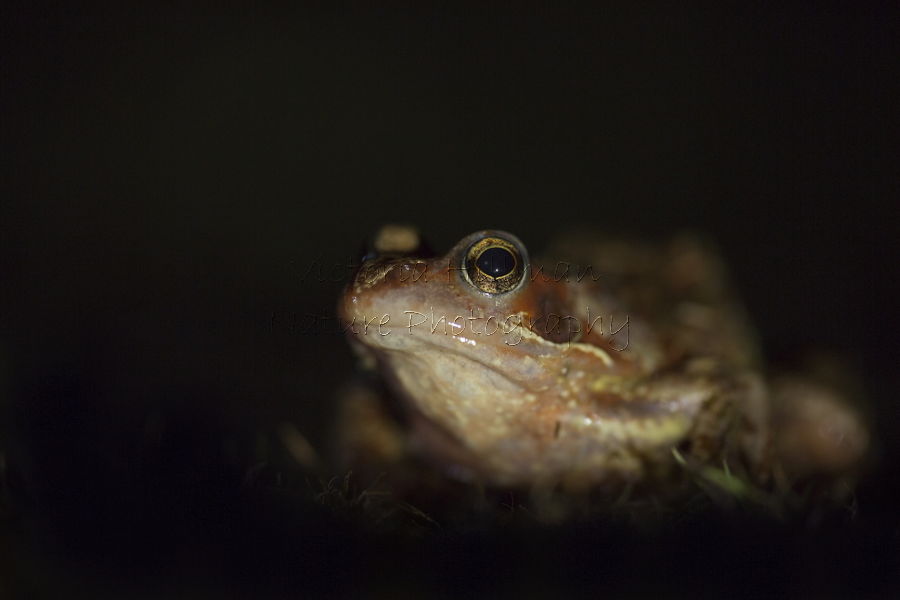 After a fun filled few days on the island with a brilliant group it was time to pack up and head for home. Although puffins are the stars of Skomer Island there is so much more to find and photograph including several species of sea bird, small birds, rabbits, wildflowers, frogs and toads and of course the landscape too. 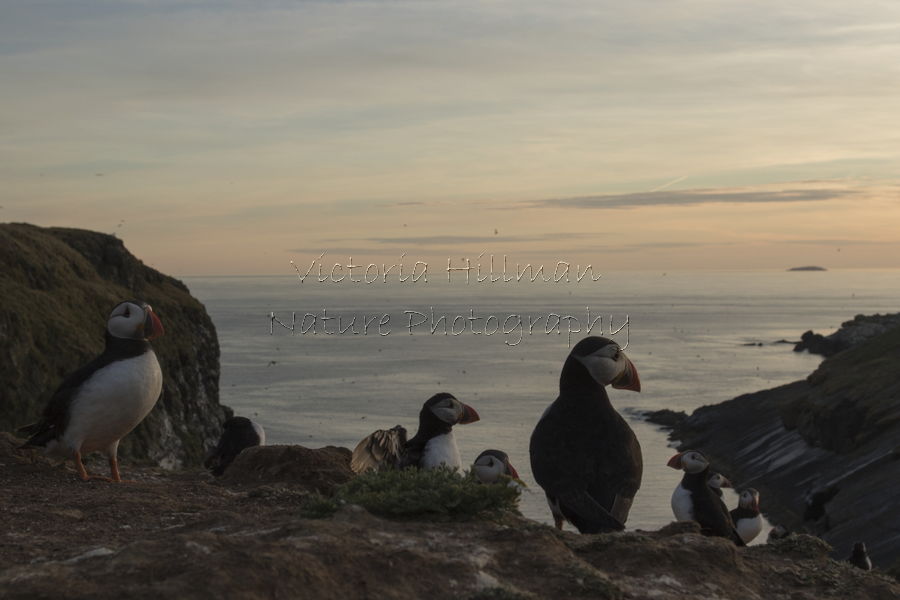