Lammergeiers and Golden Eagles of Spain 2020 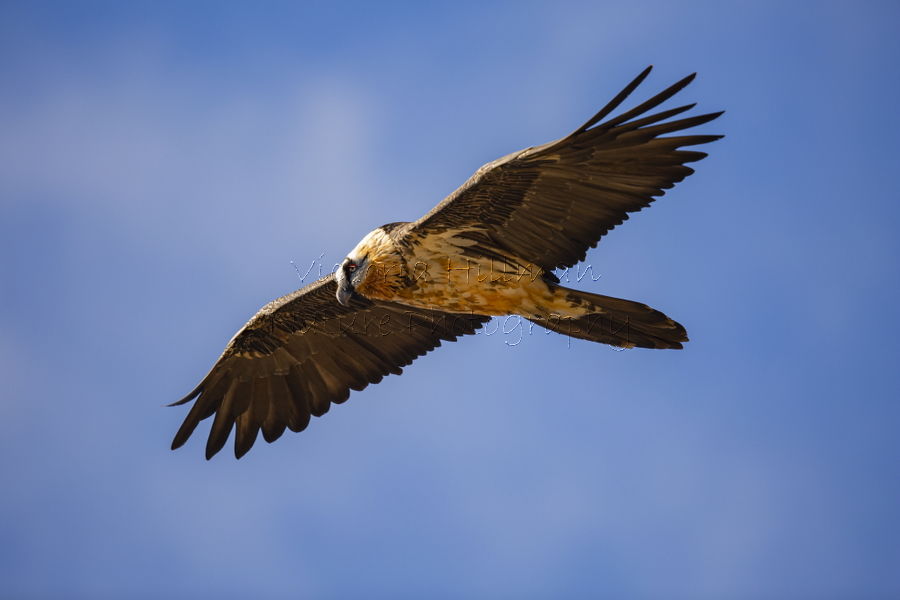 Early December I headed off to Spain with a lovely group of photographers to photograph lammergeiers or bearded vultures, griffin vultures, black vultures and golden eagles in the Pre-Pyrenees of northern Spain for the first time. The weather was less than nice when we landed in Barcelona but it soon cleared by the time we reached the hotel in Sort.

The drive to the base for the hides from the hotel took around 45 minutes and once off the main road the drive up was very picturesque with wonderful views across the mountains and valleys topped off with some wonderful autumn colours.

On the first day we all went to the lammergeier hides, just a short drive or a lovely walk up to the feeding site with a choice of three hides all offering different perspectives and views from the chance to capture close up portraits to wider angles allowing to capture the flying and in air displays. A couple of guests opted for the lammergeier hides for all three days and the rest of us had two days in the lammergeier and one in the golden eagle hide. 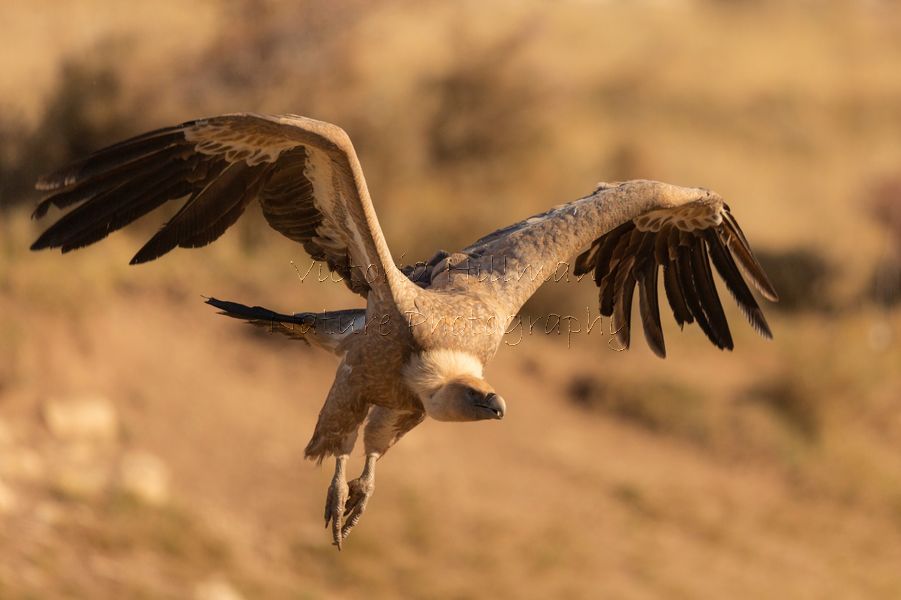 The first visitors are the griffin and black vultures and in huge numbers too, with many waiting patiently and some not so patiently for the food, which is mainly bones, once the food is out there is a feeding frenzy which after a while settles and the black vultures start to arrive. There are many chances to capture the vultures as they fly in, feed, interact with each other and also capture some close up portraits. 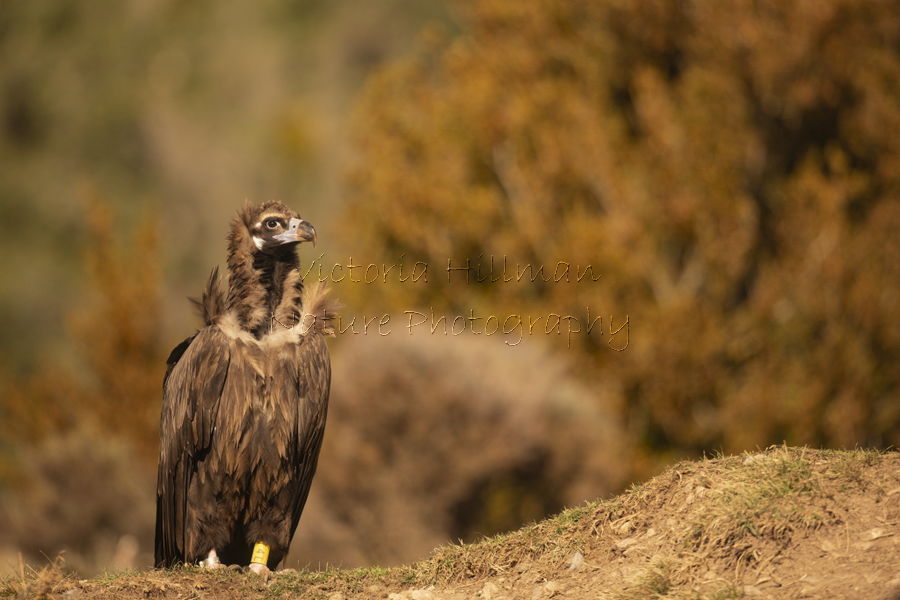 Once the griffin vultures left the first of the lammergeiers started to appear and gradually their numbers increased flying in from all directions. 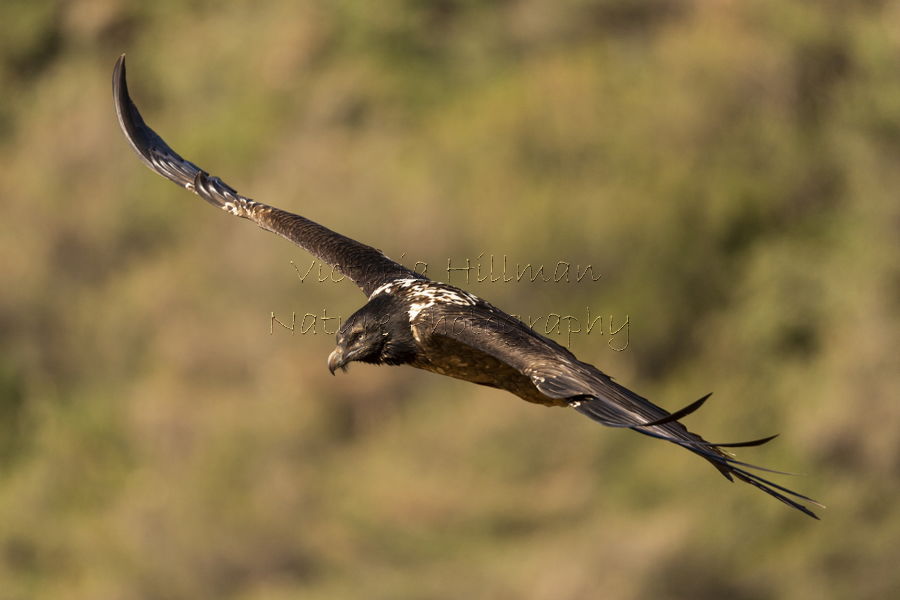 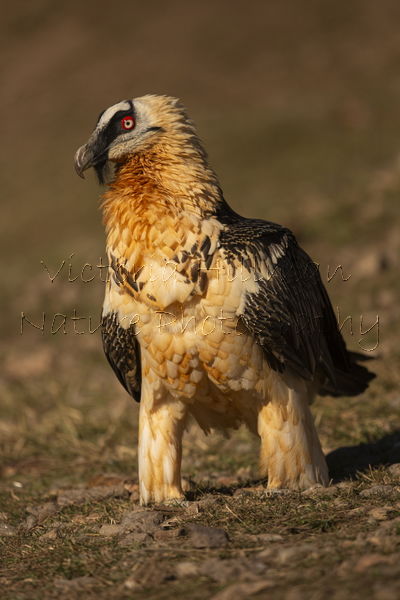 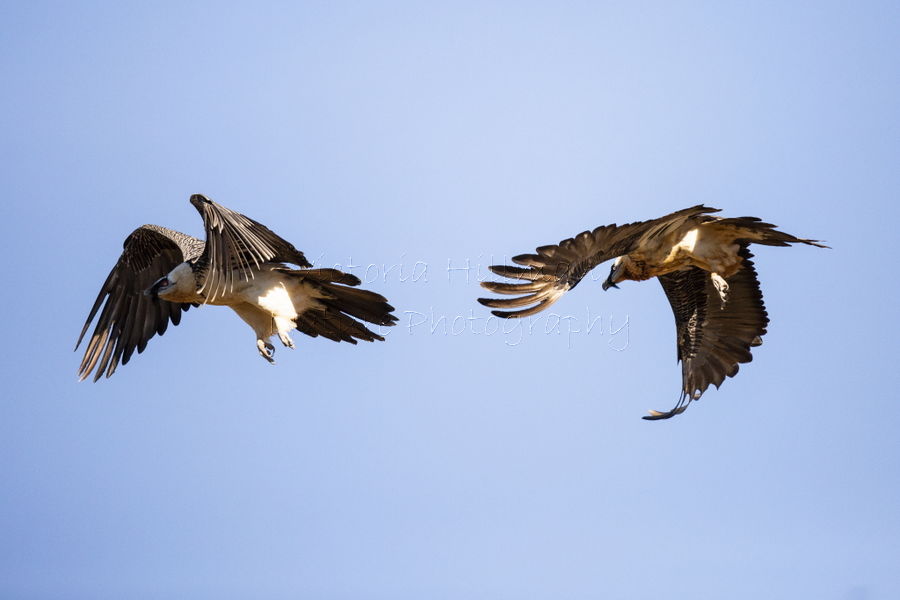 Lammergeiers (Gypaetus barbatus) are truly fascinating birds and although they are vultures they have a very different appearance to other vultures, not only that but their diet is very different too. Their diet is almost exclusively bones, smaller ones are swallowed which are digested within around 24 hours due to their highly acidic stomachs, larger ones are carried off and dropped from height to break them open, this behaviour takes around 7 years to learn and perfect. 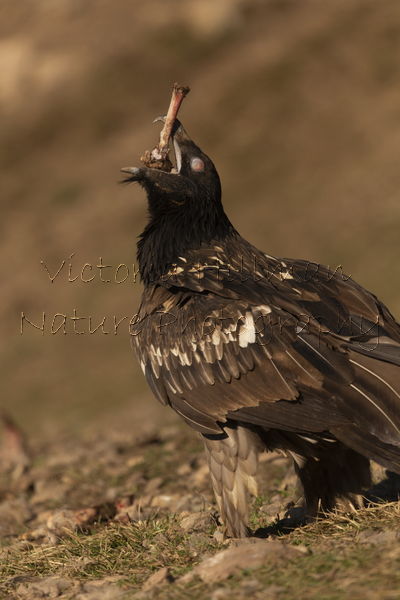 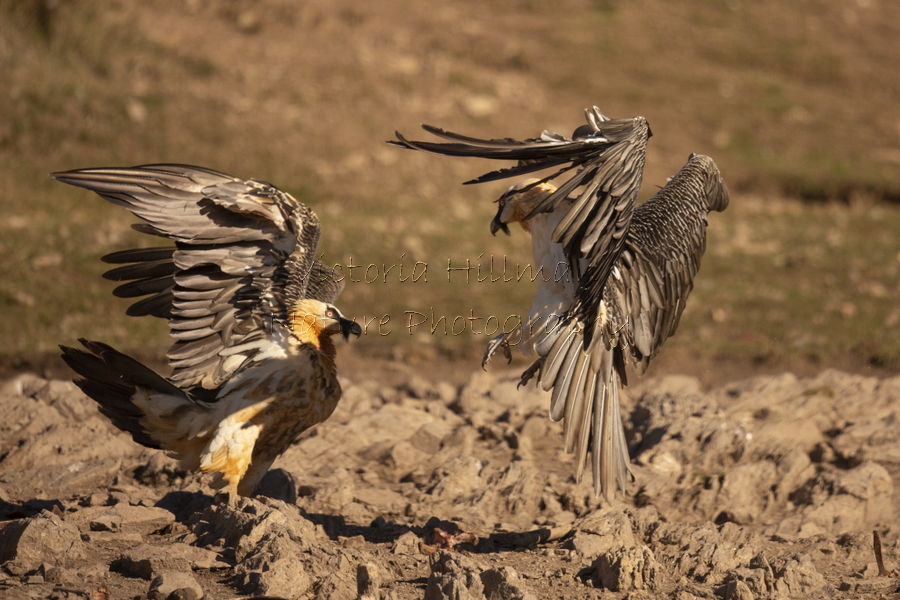 These vultures, like many others have been persecuted in past but thanks to conservation efforts they are making a slow comeback with around 88% or the European population being found in the Pyrenees. The juvenile birds are much darker in colour and go through several moults until they appear much paler in the head, neck and body. 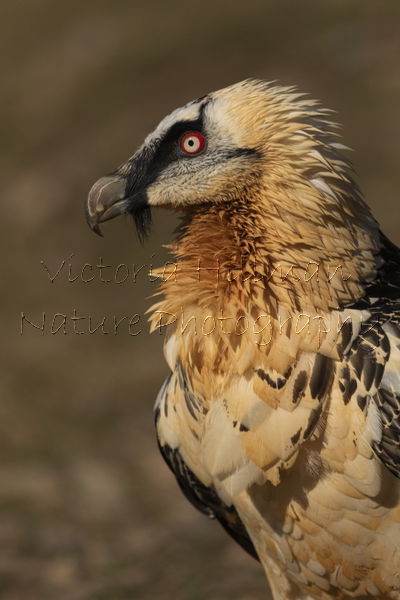 They have an interesting bathing ritual where they rub themselves with iron oxides which give the adults the orange/rusty appearance we see. 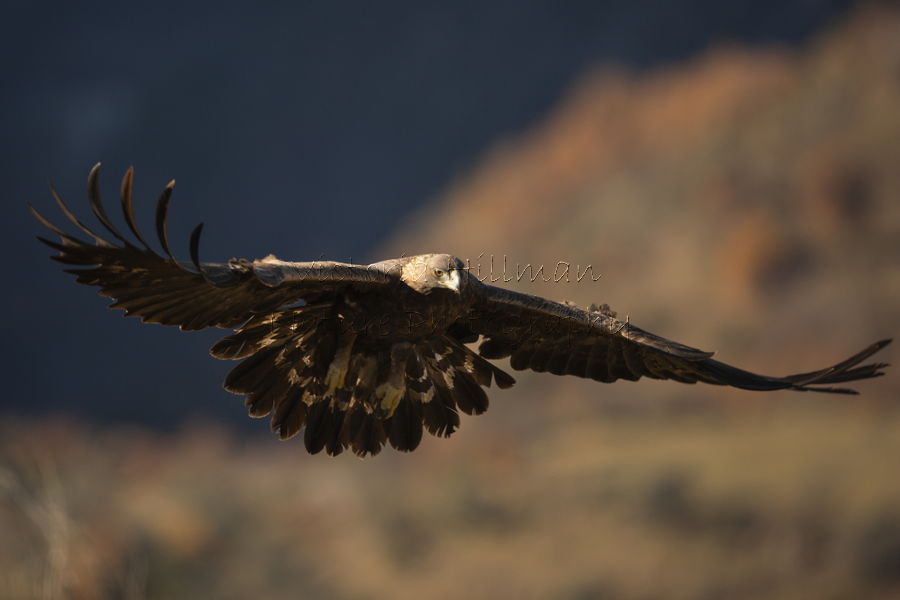 On the second day four of us opted for the golden eagle hides, these hides are a short drive and approximately a 15 minute walk through the woodland to reach the hides that overlook the valley. As we settled in the hides we had our first glimpse of the male as we soared over the valley and it was long until he came into feed. 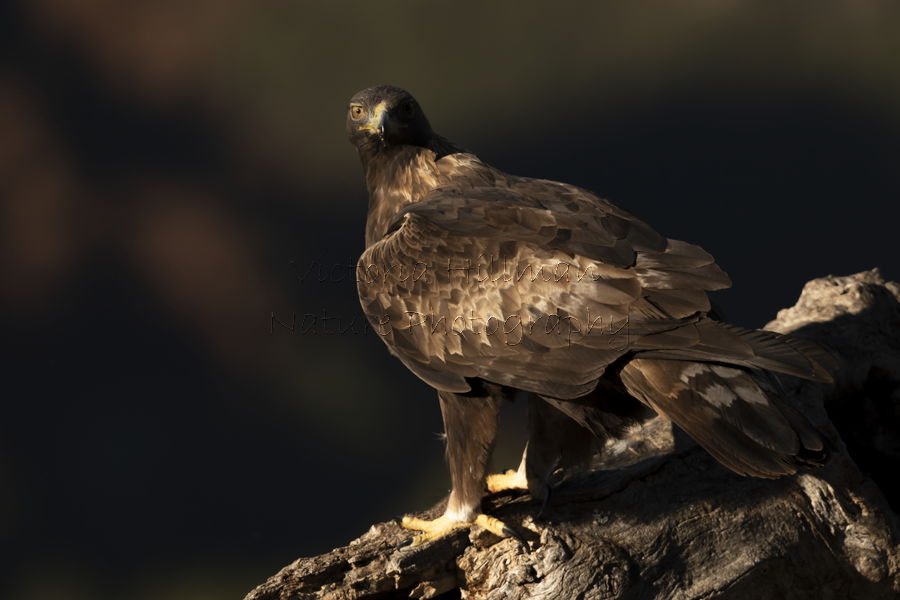 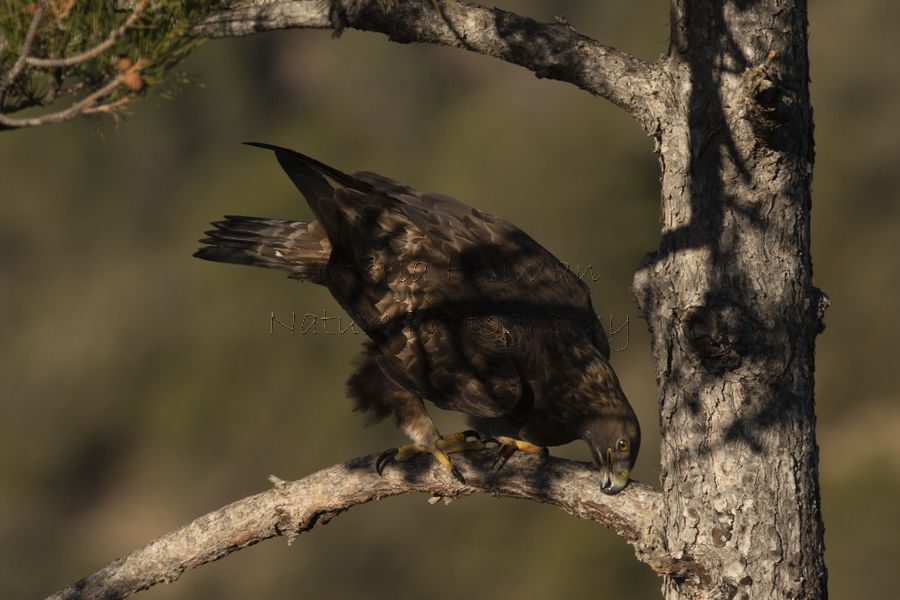 There is one pair in the area that successfully raised a chick this year and they have a feeding order. The male comes in first and we were told to listen out for the chick and parents calling to each other, once the male had fed, sat in the tree for a while he left and we had some quiet time and in came the chick followed by the female. 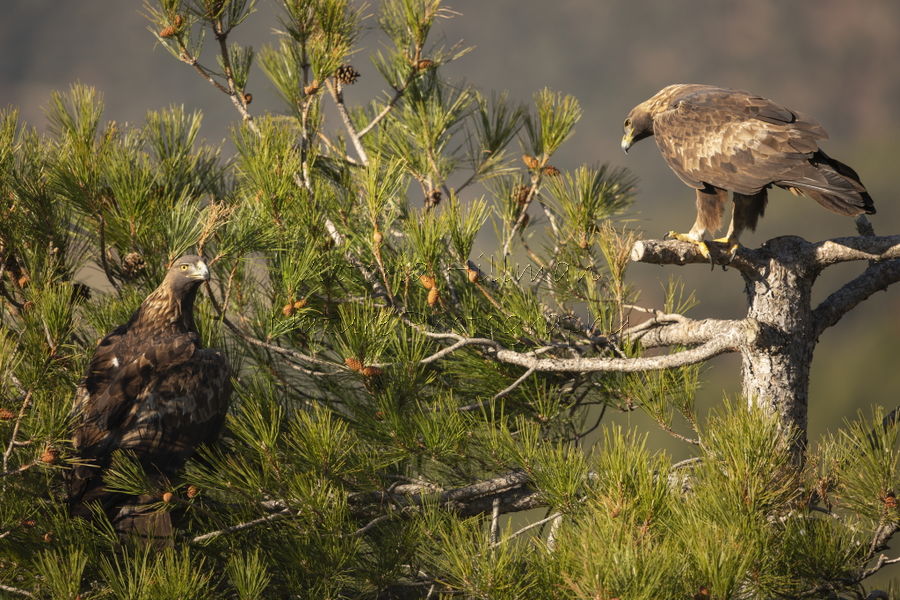 We were certainly very lucky having all three eagles come in and spend so much time in front of the hides, feeding, flying, interacting with each other and plenty of time to capture some great portrait photographs. It was more or less non-stop during our time in the hides with the female leaving only just before we were collected from the hides. 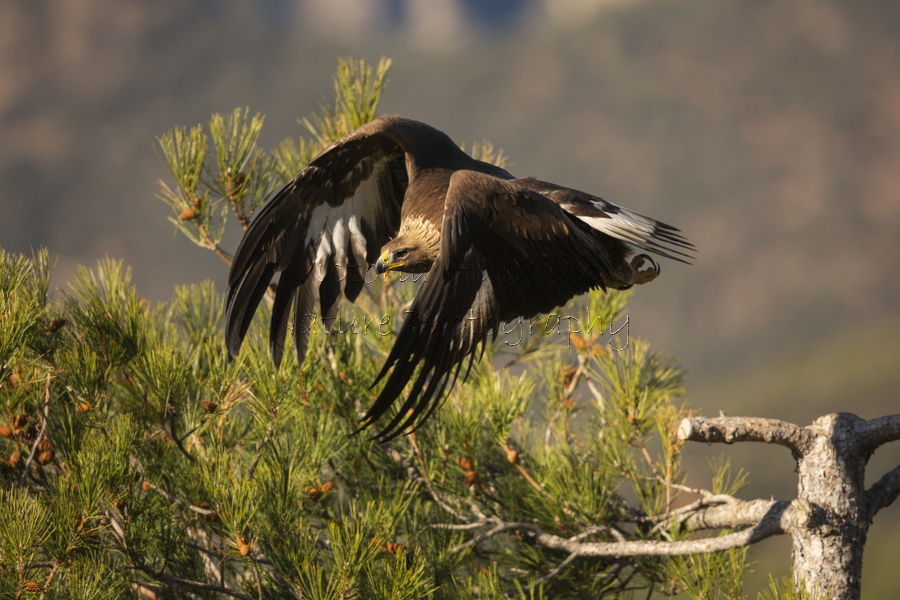 We were treated to glorious weather for our three days in the hides with blues skies and wonderful light. This area is an important area for vultures and a spectacular place to enjoy both watching and photographing these stunning and important birds. We all came home with thousands of images to sort through after three action packed days in the hides. 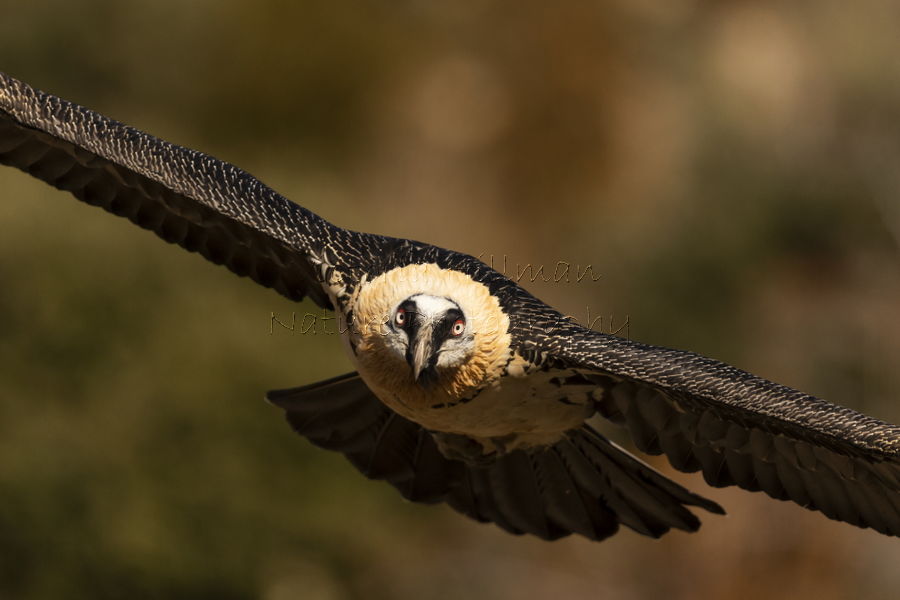 This is an amazing trip with non stop action in the hides, if you would like to join me in Spain later this year we still have some spaces available, all the information is here:

Lammergeiers and Golden Eagles of Spain 2020